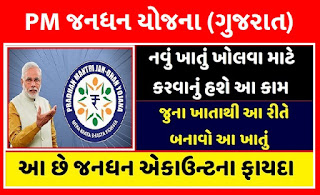 Account can be opened in any bank branch or Business Correspondent (Bank Mitr) outlet. Accounts opened under PMJDY are being opened with Zero balance. However, if the account-holder wishes to get cheque book, he/she will have to fulfill minimum balance criteria.

4 the Voter’s Identity Card issued by Election Commission of India,

5 job card issued by NREGA duly signed by an officer of the State Government,

6 the letter issued by the Unique Identification Authority of India containing details of name, address and Aadhaar number, or

7 any other document as notified by the Central Government in consultation with the Regulator:

8 Provided that where simplified measures are applied for verifying the identity of the clients the following documents shall be deemed to be officially valid documents:—

10 letter issued by a Gazetted officer, with a duly attested photograph of the person.

Reserve Bank of India (RBI), vide its Press Release dated 26.08.2014, has further clarified that those persons who do not have any of the ‘officially valid documents’ can open “Small Accounts” with banks. A “Small Account” can be opened on the basis of a self-attested photograph and putting his/her signatures or thumb print in the presence of officials of the bank. Such accounts have limitations regarding the aggregate credits (not more than Rupees one lakh in a year), aggregate withdrawals (nor more than Rupees ten thousand in a month) and balance in the accounts (not more than Rupees fifty thousand at any point of time). These accounts would be valid normally for a period of twelve months. Thereafter, such accounts would be allowed to continue for a further period of twelve more months, if the account-holder provides a document showing that he/she has applied for any of the Officially Valid Document, within 12 months of opening the small account.
Special Benefits under PMJDY Scheme
Interest on deposit.
Accidental insurance cover of Rs. 2 lakhs
No minimum balance required.
The scheme provide life cover of Rs. 30,000/- payable on death of the beneficiary, subject to fulfillment of the eligibility condition.
Easy Transfer of money across India
Beneficiaries of Government Schemes will get Direct Benefit Transfer in these accounts.
After satisfactory operation of the account for 6 months, an overdraft facility will be permitted Access to Pension, insurance products.
The Claim under Personal Accidental Insurance under PMJDY shall be payable if the Rupay Card holder have performed minimum one successful financial or non-financial customer induced transaction at any Bank Branch, Bank Mitra, ATM, POS, E-COM etc. Channel both Intra and Inter-bank i.e. on-us (Bank Customer/rupay card holder transacting at same Bank channels) and off-us (Bank Customer/Rupay card holder transacting at other Bank Channels) within 90 days prior to date of accident including accident date will be included as eligible transactions under the Rupay Insurance Program 2019-2020.
Overdraft facility upto Rs. 10,000/- is available in only one account per household, preferably lady of the household.
Important Links
Account Opening Form(English)
Account Opening Form (Hindi
Frequently Asked Questions on Pradhan Mantri Jan Dhan Yojana (PMJDY)