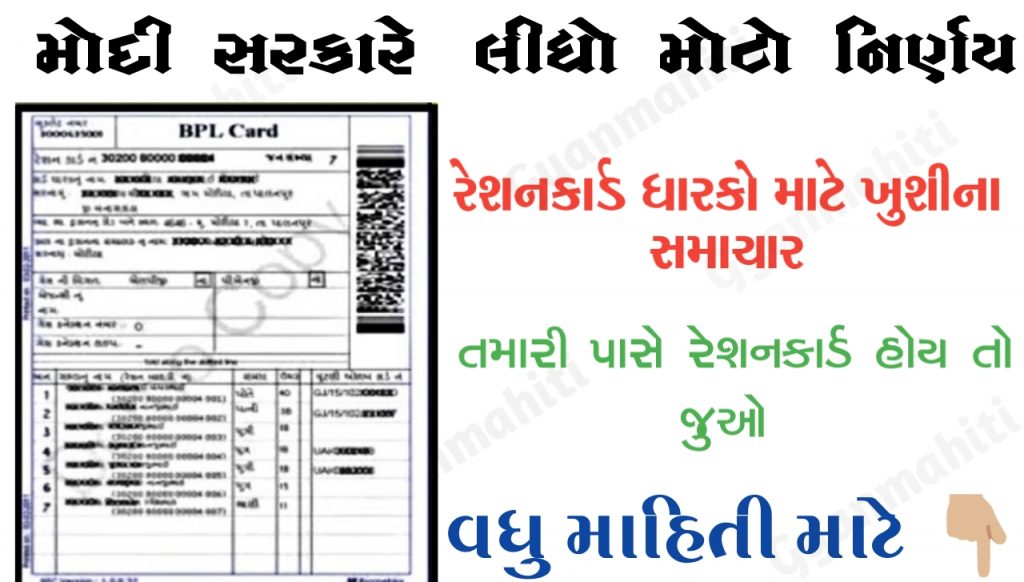 New Delhi A big announcement has been made by the central government.  The Union Food Ministry has extended the last date for linking ration cards with Aadhaar to September 30.  The ministry said the beneficiaries will get rations on the ration card even though they have not joined Aadhaar.  The central government had announced relief to ration card holders after a lockdown in late March.  Millions of people will be relieved after the government’s announcement.

According to the ministry, 90 per cent of the total 23.5 crore ration cards are now linked to the beneficiaries‘ Aadhaar numbers.  The base of at least one member of the beneficiary family is linked to the ration card.
The Central Government is preparing to implement ration card  Portability Service One Country-One Ration Card in 20 States and Union Territories from June 1.  This information was recently given to Union Minister Ram Vilas Paswan.  The decision was taken to provide cheap foodgrains to laborers and economically weaker people who returned home during the lockdown in the country due to the corona virus.
Important link
Click Hare To Gujarati Full Info
Click hare to gujarati Video
Read Also ::   Telephonic survey launched in the country to find out the symptoms of coronas: call from this number