The ‘Statue of Unity’ (SoU) is dedicated to the Iron Man of India, Sardar Vallabhbhai Patel. A statesman par excellence, Sardar Patel is widely considered to be the architect of modern India. The SoU will stand tall as an inspiration to future generations, a reminder of Sardar Patel’s sterling contribution and a symbol of national harmony and integrity. 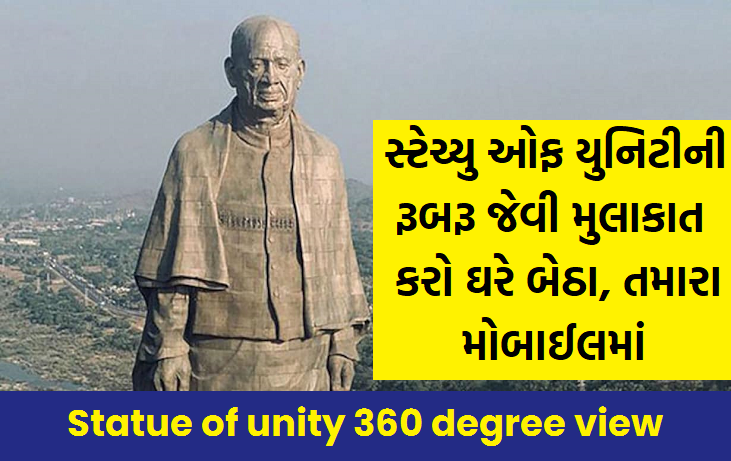 Dedicated to one of India’s founding fathers and the country’s first Deputy Prime Minister, the Statue of Unity is a tribute to the man who united India. It is the world’s tallest, grandest, giant and colossal statue of Indian statesman and independence activist sardar vallabhai patel. He was a political and social leader of India who played a major role in the country’s struggle for independence. Sardar Vallabhbhai Patel, one of the most prominent leaders of the Indian independence movement and responsible for the unification of hundreds of princely states to form the modern political boundary of India.

Statue of Unity, the world’s highest statue is not only a tribute to the Iron Man of India, but also is the first such tourist attraction located in India and is termed ‘Pride of Nation’. It is located in the Narmada District of Gujarat, India. It is the world’s tallest statue with a height of 182 metres (597 ft), taller than the 153 m tall Spring Temple Buddha in China and almost twice as tall as the world’s famous Statue of Liberty in New York.

This monument will not just be a mute memorial like the rest, but a fully functional, purpose-serving tribute that will spur all round socio-economic development. Sardar Vallabhbhai Patel was an important voice in the country’s freedom struggle. A sense of patriotism and united India is infused within the hearts of the people who visit the Statue of Unity or even have a glimpse of it.

The Statue of Unity is a tribute to Indian Independence movement leader Sardar Vallabhbhai Patel. With a height of 182 metres (597 ft), the monument is world’s tallest statue. It is scheduled to be inaugurated during a gala function on Sardar Vallabhbhai Patel’s birth anniversary on October 31, 2018. The statue is located facing the Narmada Dam, 3.2 km away on the river island called Sadhu Bet near Rajpipla in Gujarat.

The monument along with its surroundings occupies over 20,000 square metres, and is surrounded by a 12 square km artificial lake. The foundation stone for the project was laid by Prime Minister Narendra Modi on October 31, 2013. 9. Around 135 metric tonnes of iron were contributed by common people all over India for use in the project. An engineering marvel, the construction of Statue of Unity was completed in a record time of 33 months. It was built by Larsen & Toubro Ltd at a cost of Rs 2,989 crore. The Statue of Unity is made up of 1,700 tonnes of bronze and 1,850 tonnes of bronze cladding on the exterior while the interior of the statue is filled with concrete cement (180,000 cubic metres), reinforced steel (18,500 tonnes) and structured steel (6,500 tonnes).

About Place: October 31st, 2018, marked the inauguration of the world’s tallest statue – the Statue of Unity, against the backdrop of the dramatic Satpura and Vindhyachal hills in Kevadia, Gujarat. The 182-metre (600 feet aprox.) statue is dedicated to Sardar Vallabhbhai Patel, the architect of independent India. The colossal monument towers over River Narmada, a tribute to India ‘from the people of Gujarat’ to the leader who placed people’s welfare first. The Statue of Unity overlooks the vast surrounds and the river basin of the Narmada River and the sprawling Sardar Sarovar dam. It stands on the Sadhu Bet hillock, connected by a 300-metre bridge, which offers access from the mainland to the statue.

Sardar Sarovar Dam is one of the world’s largest concrete gravity dam which is 1.2 kms long and 163 mts hight from its deepest foundation level. It has 30 radial gates weighing about 450 tonnes each