World Heritage Sites are important sites of cultural or natural heritage as described in the UNESCO World Heritage Convention established in 1972. The list of sites listed on World Heritage is now 981, which includes cultural and natural wonders, and that endowment is shared by all mankind and its protection is the concern of all mankind. These include 759 cultural, 193 natural and 29 mixed properties in 137 state parties. India has been an active member state on World Heritage since 1977. India has 32 World Heritage Properties out of which 25 are cultural properties and 7 are natural resources recognized by the United Nations Educational, Scientific and Cultural Organization (UNESCO) 2014. Indian culture is the way of life of the people of India. 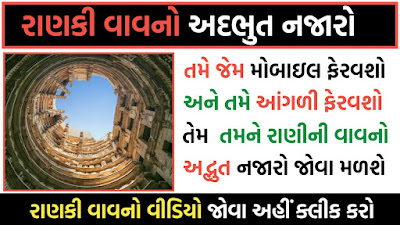 India’s languages, religions, dances, music are different from others because its own music, architecture, food and customs for different types of dances are different in one place within the country. Indian culture is often labeled as a mixture of several cultures, spread across the Indian subcontinent and influenced by history that is many years old. Many elements of India’s diverse cultures, such as Indian religions, Indian philosophy and Indian cuisine, have had a global impact. અદભુત ટેકનોલોજી જોવા અહીં ક્લિક કરો

Around my UNESCO heritage sites

Visited Add Heritage Sites to the list you visit

Heritage Information about each heritage site

Do you want to visit a site? You can book a hotel with booking.com directly from the site screen

Rani-ki-Vav was built on the banks of the river Saraswati in the early 11th century AD as a monument to a king. Stepwells are a distinctive feature of groundwater resources and storage systems in the Indian subcontinent, dating back to the third millennium BC.

They evolved over time from what was originally a pit in sandy soil leading to extensive multistory works of art and architecture. The Rani-Ki-Vav stepwell construction was built at the height of the craftsmanship and the height of the Maru-Gujara architectural style, reflecting the mastery of this intricate technique and the beauty of detail and proportion. Designed as an incense temple highlighting the purity of the water, it is divided into seven levels of stairs with high artistic quality sculptural panels; More than 500 theoretical sculptures and more than a thousand secondary sculptures combine religious, mythological, and secular images, often referring to literary works. The fourth level is the largest and goes into a 9.5 m by rectangular tank at a depth of 23 mm. The well is located on the western edge of the property and consists of a shaft 10 mm in diameter and 30 m deep.

Rani-Ki-Vav is an exceptional example of the distinctive form of groundwater architecture of the Indian subcontinent, located on the banks of the Saraswati River in Patan, Stepwell. Originally built as a monument in the 11th century CE, Stepwell was built as a religious as well as a functional structure and was built as a blind temple highlighting the sanctity of water.

ઝમRani-Ki-Vav is a single component, water management system divided into seven levels of stairs and sculptural panels of high artistic and aesthetic quality. It is oriented in an east-west direction and is connected to all the principle elements of the stepwell, including a step corridor starting from ground level, a series of four pavilions with an increasing amount of stories to the west, tanks and wells

In the form of a tunnel shaft. More than five hundred theoretical sculptures and more than a thousand secondary sculptures combine the religious, mythological and secular image, often referring to literary works.