‘The Chief Minister Women Upliftment Scheme’ would be gifted to Gujarat’s women power on Prime Minister Mr. Narendrabhai Modi’s birthday falling on 17th September, 2020. Under this revolutionary scheme over 10-lakh women would be given a financial loan at ‘zero’ per cent interest.

Under the ‘Chief Minister Women Upliftment Scheme’ total one lakh ‘Joint Liability and Earning Women Groups’ would be setup in the state. Of which, 50,000 groups would be made in rural areas and 50,000 groups in urban zones. Each group would be consisting of 10 women as partners. Each group would be given a loan of Rs. One-lakh. Thus, 10-lakh women would be given loans, in phase manner, in total amounting to Rs. 1,000-Crore.

These loans would be made available to these women groups through nationalised banks, cooperative banks and the RBI approved financial institutions. The Chief Minister has urged the banking sector to join enthusiastically in this women’s welfare scheme. In this context, the state government would also sign a MoU with the banks in near future.

Mr. Rupani expressed determination that as the Gujarat’s women who brought ‘White Revolution’ through animal husbandry; they would also become ‘Economically Aatmanirbhar’ (Economically Self-dependent) by initiating small, independent business or ‘Gruh Udhyog’ with the assistance of this loan. 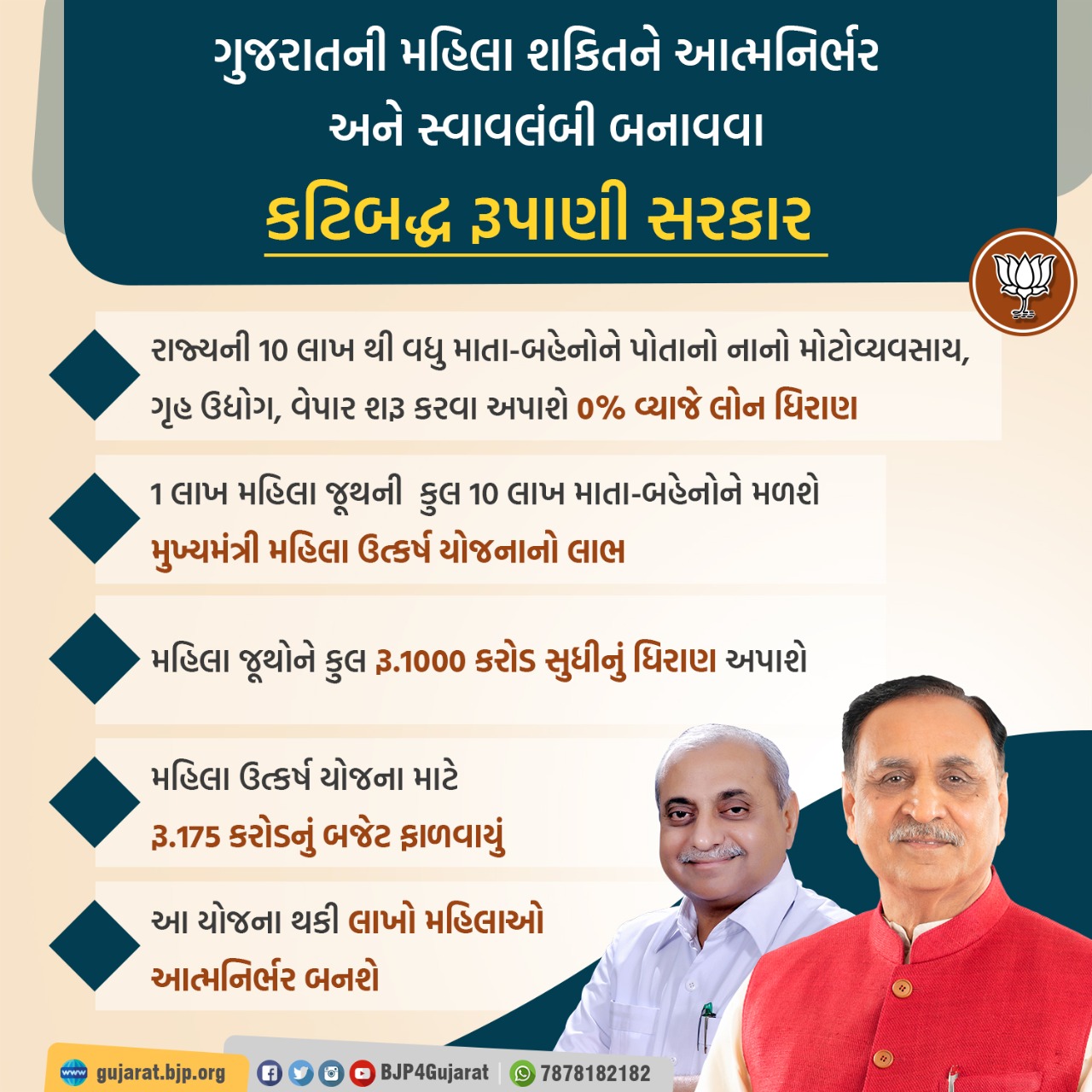 A provision has also been made in the scheme that NGOs, which are working for welfare and upliftment of the women, could also take benefits of the scheme for their women members.