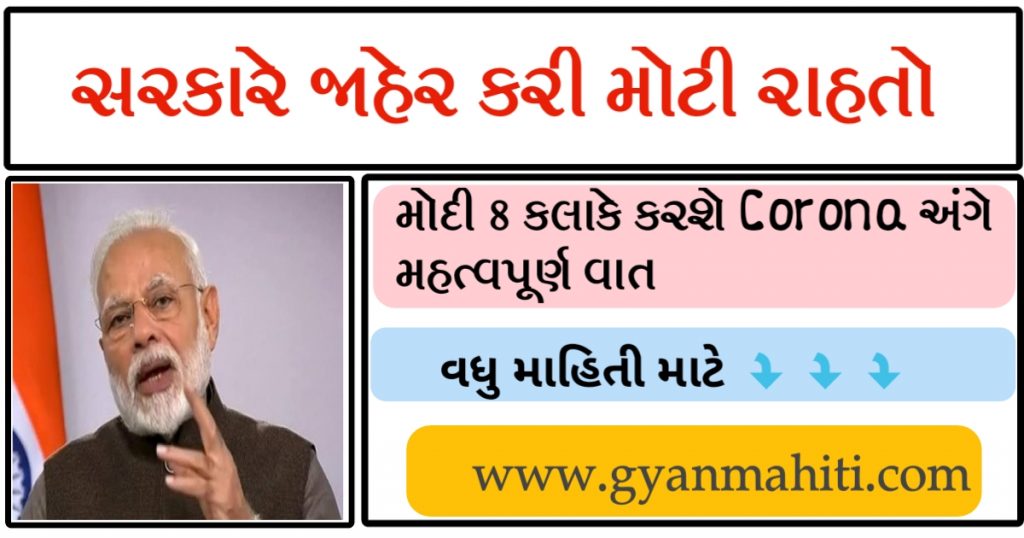 Finance Minister Nirmala Sitharaman has promised to provide a package to relieve the country’s economy due to the corona virus.  Addressing reporters on Tuesday, Sitharaman said the relief package would be announced as soon as possible.  Relief can be taken with Income Tax, GST.  In addition, the finance ministry has extended the date of filing of income tax return for the year 2018-19 to 30 June.  However, due to delay in filing IT returns, the charge has been reduced from 12 per cent to 9 per cent.  The government has clarified that companies can use CSR funds to carry out tasks related to the Kora virus.  The funds will be used to help fight the Corona virus.

The date for linking Aadhaar and PAN card together has also been extended.

The deadline for the earlier 30 dates has now been increased to 20 June 2020.  After the spread of Covid 19, the difficulties against the economy have increased tremendously.  The finance ministry and the RBI are taking several steps to increase liquidity.  Due to the increase in transit, lock-down has taken place in almost all the states of the country and curfew has been imposed in some states.  This is affecting the industry badly.  If a company with a turnover of Rs 5 crore will delay filing GST return then no interest, penalty or late fee will be charged.  The director of companies will have to stay in India for at least 182 days.  Failure to do so would constitute a violation of the rules.  Declaration time has been increased from 6 months to one year for owners of new companies.

The corona could hurt the Indian economy.  Now brokerage firm UBS India has reduced India’s economic growth forecast for the financial year 2020-21.  UBS said that India will receive only 4% growth rate in the meantime.  UBS had previously estimated India’s real GDP growth to be 5.1%.  In the past, rating agencies like S&P, Fitch and Moody’s have also greatly reduced India’s GDP growth forecast.

The government has now extended the deadline for holding board meetings to 60 days.  This exemption will be valid for two quarters.

Modi government has given 3 months to file GST return

The government has also extended the date for filing GST return for March-April and May till June 30.  Nirmala Sitharaman is a very difficult time for the present.  After the recession, the country’s economy is constantly hit by Corona.  India was trying to get out of the recession where the economy hit a big blow following Corona.  Due to poor market conditions, a package may also be announced today.

Custom clearance is now the only required service.  After this, it will work 24 hours till June 30, 2020

Reduction in interest rates on TDS

The dispute has led to the government’s extension of the trust scheme till June 30.  This is the biggest announcement on TDS that interest will now be 9% instead of 19%.  The relief will be available to small and middle class businessmen who are relieved to file GST.  Currently filing a GST return between lockdown conditions is a difficult task.