What is open and closed in LOCKDOWN 3.0 in Gujarat 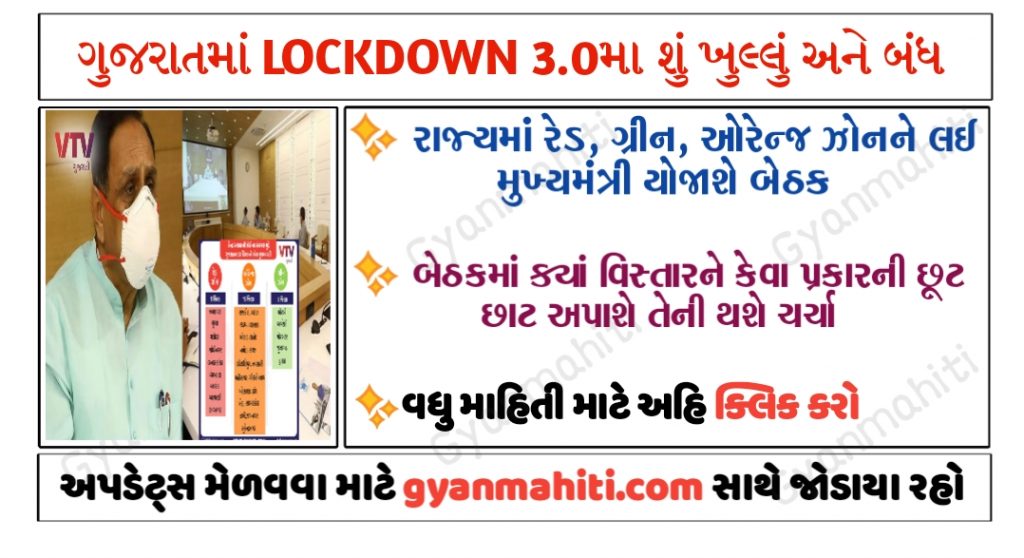 Gujarat Corona virus has reached No. 2 in India. Separate zones for corona transition have been identified in Gujarat by the Central Government. Then, following the guidelines of the central government, today, Chief Minister Rupani will work with officials and ministers to decide the strategy on how much concession should be given in which zone.

A meeting will be held in the state with red, green and orange zones

A meeting will be held with the officials via video conference

In Gujarat, 33 districts have been divided into green, orange and red zones by the central government for the core virus. Commercial discounts can be found in the Green Zone area. The outline of exemptions in the Orange Zone and Red Zone will be decided at the meeting.

Let us know a little bit about what this Green Red and Orange Zone is and what its rules are.

What is a green zone?

Green zone is the transition free area of ​​the corona

Here you are allowed to buy essential items during lockdown

Getting out of the house for shopping is allowed

Strict action may be taken against the violator

What is the Orange Zone?

Here the system can lockdown, seal or take other steps

This zone has concessions to other areas except the transition area

People can go out to buy essentials in other areas

The system can also set a time limit for this

What are the red zone rules?

The red zone is the most dangerous zone

Such areas are included in the red zone

People are not allowed to go out here

People here can’t get out of the house

In case of emergency, the person can only call the helpline

The system can help the person in its own way

In the red zone the system supplies only the essentials

People in the red zone are also under special scrutiny

Here, strict action is taken against those who break the rules