Home  »  Gujarat News   »   What effect does Corona have on young people? WHO gave this answer a read

Coronavirus has killed more than 9,000 people worldwide. The World Health Organization (WHO) has issued a message to young people around the world, as the number of people dying from the Corona virus increases. The WHO cautioned the youths that the Corona virus had taken the youngsters into their own hands. 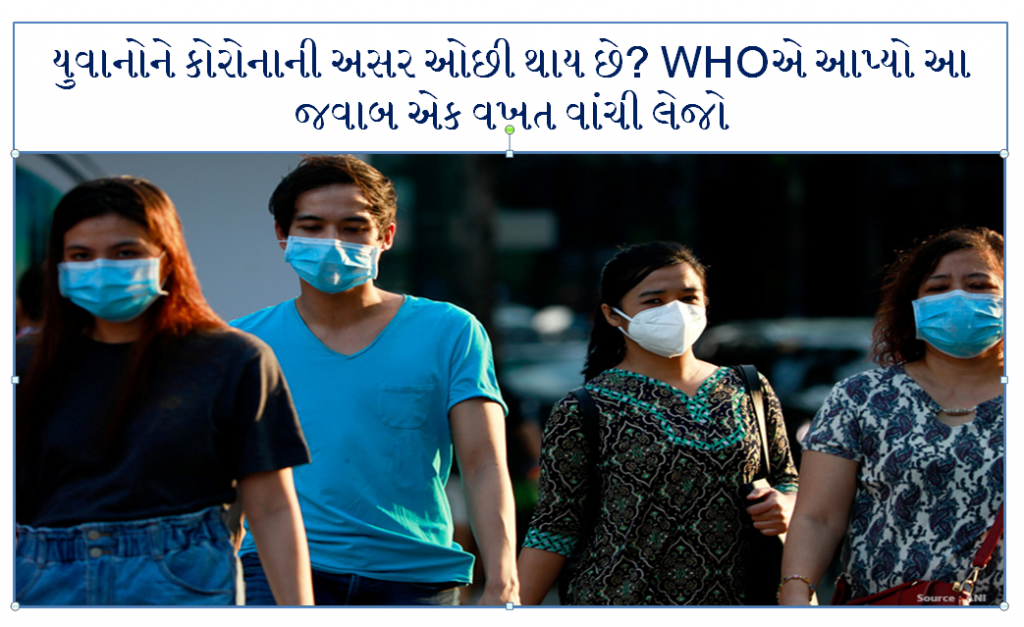 Young people, especially the elderly and the weak, should stay away. The WHO’s director general informed of people infected with the corona virus, saying that so far more than 2,10,000 people have been exposed to the corona virus worldwide. More than 9,000 people have died so far from Corona. WHO says each day is coming up with a new challenge.

Corona is becoming a major problem for most older people. Data from people with corona virus are being taken from many countries around the world. WHO says almost all of the data are being hospitalized in people under the age of 50.

The WHO’s director-general said the message was spread that the virus could endanger the lives of the youth. They have reported that no new case has come out of Wuhan city, the focal point of the virus.

The WHO said the corona virus has created a global shortage of health workers and test labs in the world. However, China has agreed on the supply of essential goods. The WHO informed that all preparations for the supply are underway and that these materials will be supplied to Dubai’s stock market. WHO has sold over 1.5 million test labs so far.

Read This Article In Gujarati