Today’s news regarding the result of standard 10 and 12. 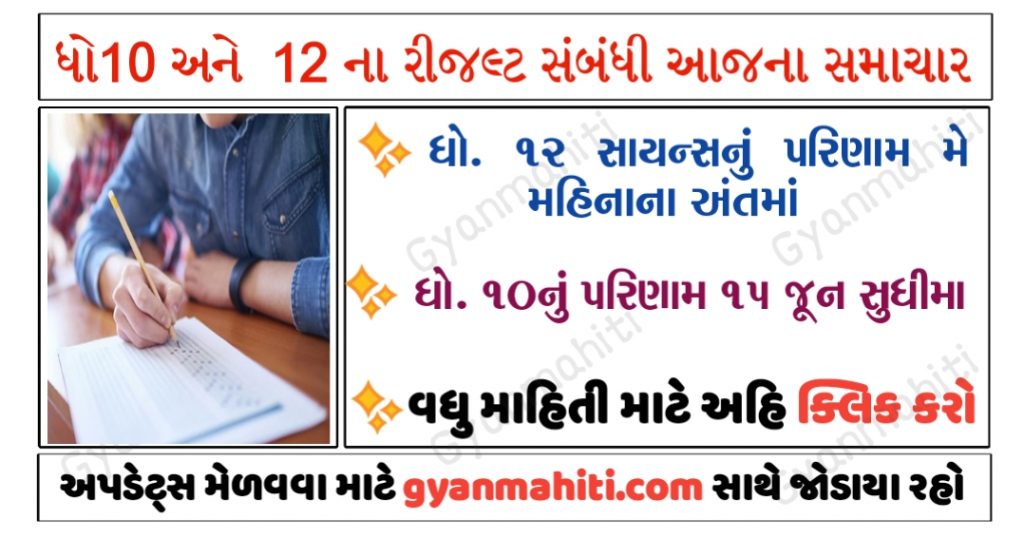 વોટ્સએપ ગ્રુપમાં જોડાવા અહીં ક્લિક કરો
The result of standard 12 science will be announced at the end of May, the result of standard 10 by June 15.
Education Minister Bhupendrasinh Chudasama has indicated that the result of Std 12 Science will be declared by the end of May and the result of Std 10 and 12 general stream will be announced in the next two weeks i.e. around 15th June. Normally the board results are announced in early May every year but this year the results will be delayed due to the low number of teachers coming to check papers in four metros due to the Corona epidemic.
I speak online twice a week to boost the morale of teachers
Click Here To View News Report
In this regard, Education Minister Bhupendrasinh Chudasama said, “I talk to teachers online twice a week to boost their morale.” Know their affairs. Not enough teachers were involved in paper checking due to the impact of corona in metros. Otherwise we usually announce the result in early May. But this year, the result of Std. 12 Science is likely to be declared by the end of May. In the next two weeks, the result of Std. 10 and 12 general stream may be declared.
Read Also ::   How To Get Driving Licence In Gujarat