The government has changed the rules since May 11. Don’t be annoyed that State Bank of India (SBI), Gold Bond Scheme, Jandhan accounts are involved. 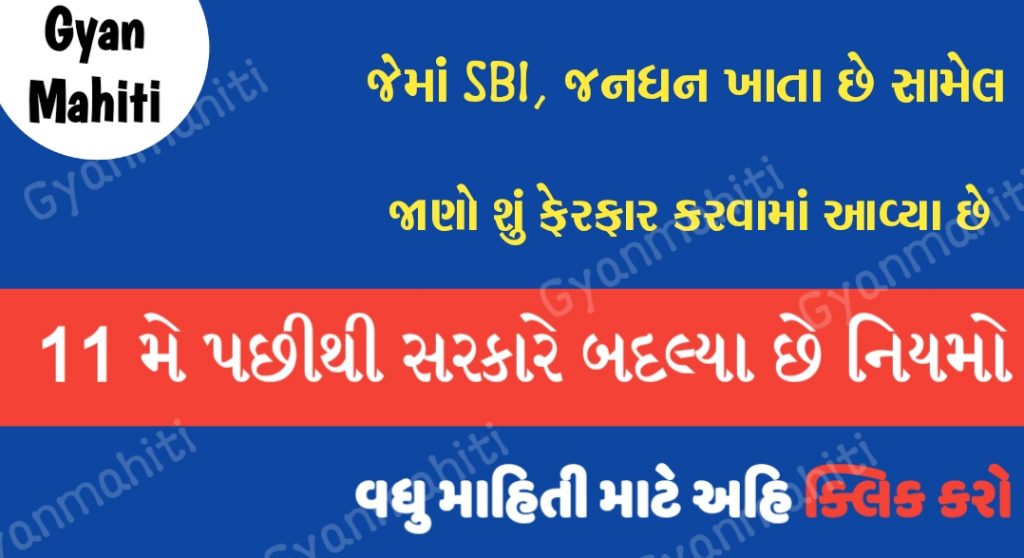 There are going to be some big changes in your life from next week i.e. after 11th May. These include State Bank of India (SBI), Gold Bond Scheme, some items linked to Jandhan account. These changes will have a direct impact on people.

According to the report, SBI, the country’s largest state-owned bank, has slashed interest rates on fixed deposits. SBI’s new rates on FDs below Rs 2 crore will come into effect from May 12, 2020. SBI has slashed interest rates on FDs with a limit of 3 years by 0.20 per cent. “Considering the system and bank liquidity, we are reducing the retail term deposit rate up to a limit of 3 years,” the bank said in a report.

Read Also ::   IFSC will be headquartered in Gujarat

Amid rising gold prices, the Modi government has introduced a new scheme for cheap gold. According to media reports, the government has fixed the price of the next phase of Sovereign Gold Bond Scheme 2020-21 at Rs 4,590 per gram. Sovereign Gold Bond Scheme 2020-21 Series-2 will be open for subscription from 11 May 2020 to 15 May 2020. An investor under this scheme can buy a maximum of 500 grams of gold bonds in a financial year. While it will be necessary to invest in at least 1 gram of gold. You can save tax under this scheme. According to the report, the scheme will earn an annual interest of 2.5 per cent.

An 8 or 9 digit Jandhan account holder will be able to withdraw the second installment:

Plans are afoot to provide rations and financial assistance to the poor amid the lockdown. The government has started depositing the second installment of Rs 500 in the accounts of women account holders under Pradhan Mantri Jandhan Yojana. According to media reports, the second installment has been deposited in the accounts of more than 100 million Jandhan Mahila account holders so far this month. From May 4, the facility of withdrawing this money according to the account number has also been provided. Until May 11, account holders with the final numbers 8 and 9 can withdraw their money.