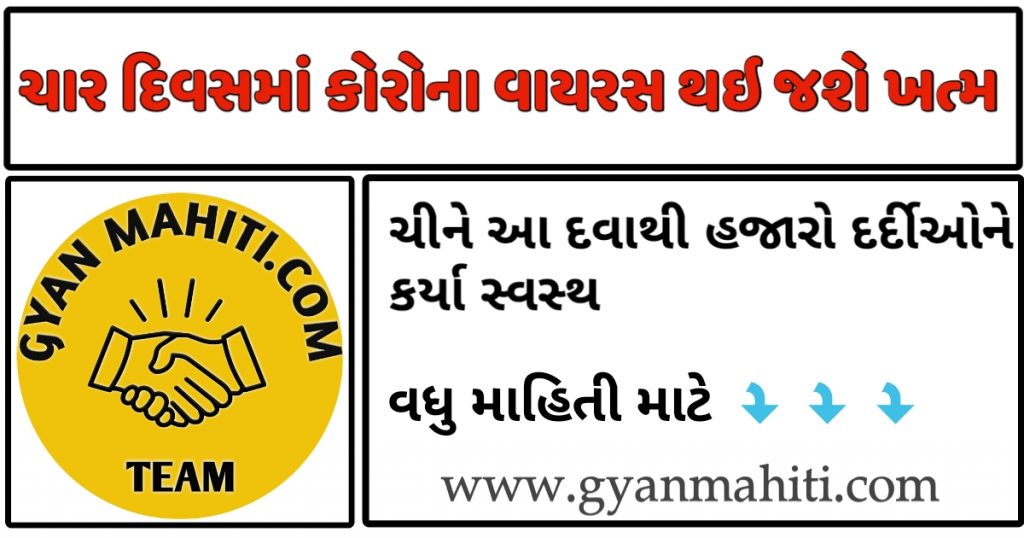 There has been good news amidst the outbreak of the Corona virus. China has saved thousands of its patients from the corona virus with one drug. The Chinese government believed that the drug was so effective that any coronary virus patient would be cured in four days and go home. It is noteworthy that 81,193 people have been infected with the Corona virus so far in China. But about 71,258 of them were going home healthy. So far, 3252 people have died in China.

With this medication, any patient is able to get back home in just four days. Earlier, it was taking 11 days or more for any patient to recover.

According to media reports, X-ray reports from Chinese patients have proven that the lungs of patients who were treated with Japanese medicine had recovered. The drug is affecting 91 percent. On the contrary, only 62% of the patients who were treated with other drugs had their lungs fixed. It is noteworthy that the corona virus most commonly affects the lungs. This causes the patient to have difficulty breathing.

Read Also ::   Have you also forgotten to lock your mobile screen