WhatsApp, the most popular app worldwide, is constantly working on new features. According to the report, a new Disappear message feature is now coming to WhatsApp. This is also called an expiring message feature. In this feature, messages sent by one user to another user will disappear automatically after a few minutes. 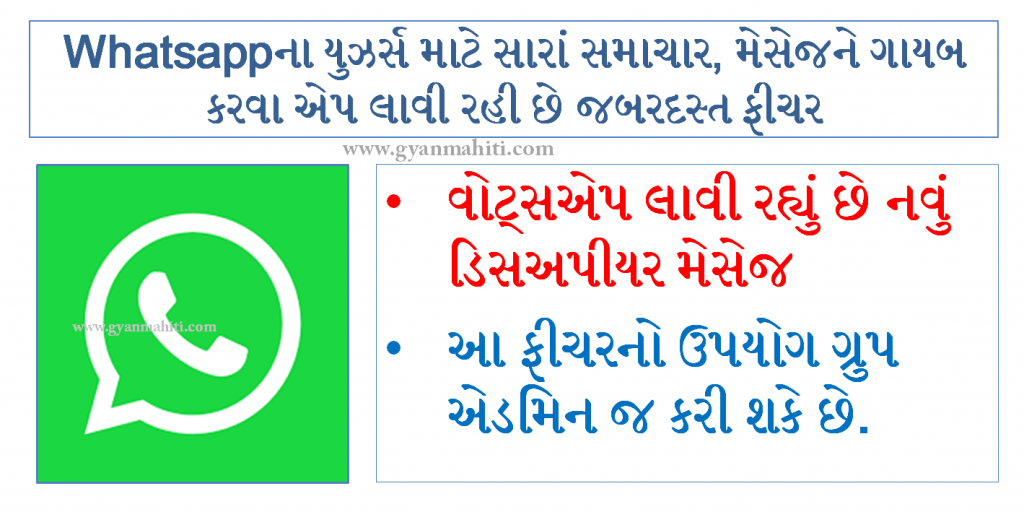 Read This News In Gujarati :