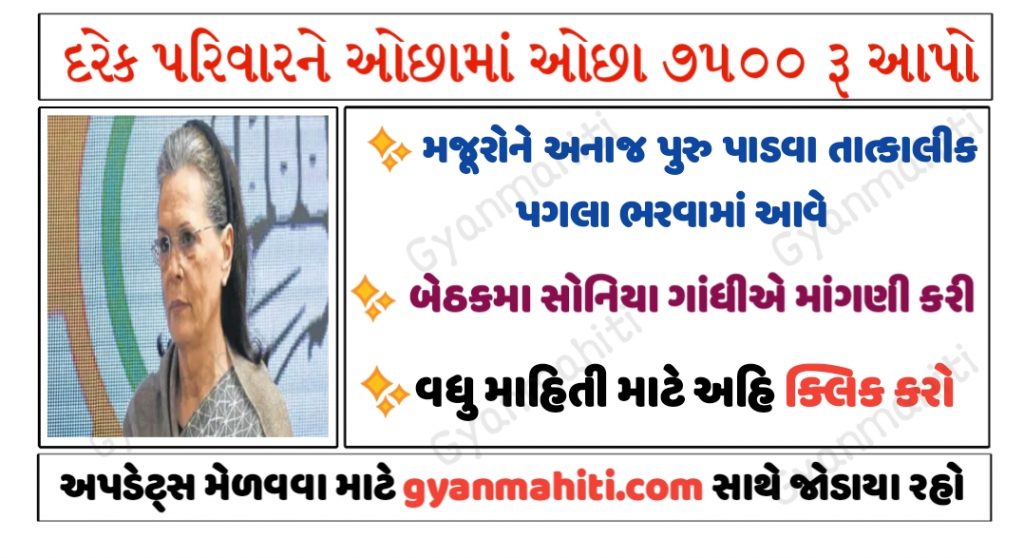 At the meeting, Sonia Gandhi demanded that Rs 7,500 be transferred to the accounts of the poor and laborers as well as farmers. Immediate steps should be taken to provide foodgrains to the laborers. We should thank the Corona Warriors as they are serving people without medical equipment.

Sonia Gandhi said the country’s farmers were most concerned about the lockdown and demanded a solution to their problems and facilities for kharif crops.

According to him, farmers are unhappy due to vague and weak procurement policies and supply chain problems. Raising the issue of out-of-state workers who are now unemployed, he demanded food security and financial security for the workers.

Accusing the Modi government, Sonia Gandhi said, “They are repeatedly saying that there is no alternative to testing, but there is very little testing and PPE is not of good quality.” According to Sonia Gandhi, she gave many suggestions but the government is not showing any activism to implement them.