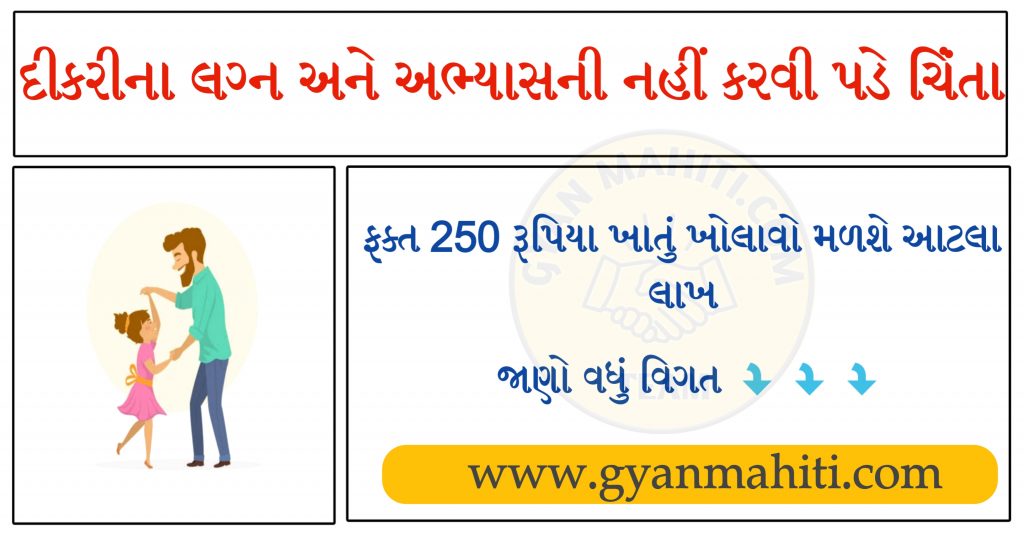 For those who are parents of a daughter, Sukanya Prosperity Scheme has been created by the Central Government.  Prime Minister Narendra Modi launched the scheme in 2015.  You can go to the Post Office Branch and Maury Banks to open an account.  The scheme is designed to relieve the expenses of marriage and study of daughters.  The government is paying 7.6 percent interest annually on account opening under the scheme.  An account can be opened by paying only 250 rupees in the Sukanya Samrudhi Yojana.
●A minimum of Rs 250 and a maximum of Rs 1.50 lakh
Under this scheme at least 250 rupees annually and a maximum of 1.50 lakh rupees can be made.  The tax exemption benefit can be given under Section 80C of the Income Tax Law on Investment.  After the age of 18, you can deduct 50% of the total amount invested in the plan.  Under this scheme, full amount will be refunded along with interest after completion of 21 years.
●Up to two children will get the benefit only
An account can only be opened up to a maximum of two children, but in case of twins, it can be opened for the three children.  Under the scheme, the money has to be deposited for 14 years or 21 years from the date of account opening.  The interest rate is revised every three months due to the fact that it falls in the category of small savings scheme.
●At the current interest rate, if you withhold Rs 1.5 lakh annually for 21 years in this scheme, you will get Rs 65,93,071 at interest rate of 7.6%.  Money can be deposited through Cash, Check and Demand Draft in the account.