Bank Holydays List August 2022 Download PDF : Banks will be closed for 15 days in August 2022, added to this after a long time, there a long holiday weekend also falls during the month. This is why it becomes imperative that you plan all of your bank-related tasks to prevent any delays. 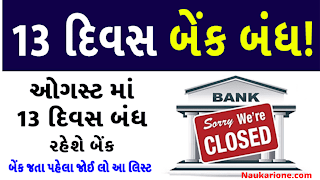